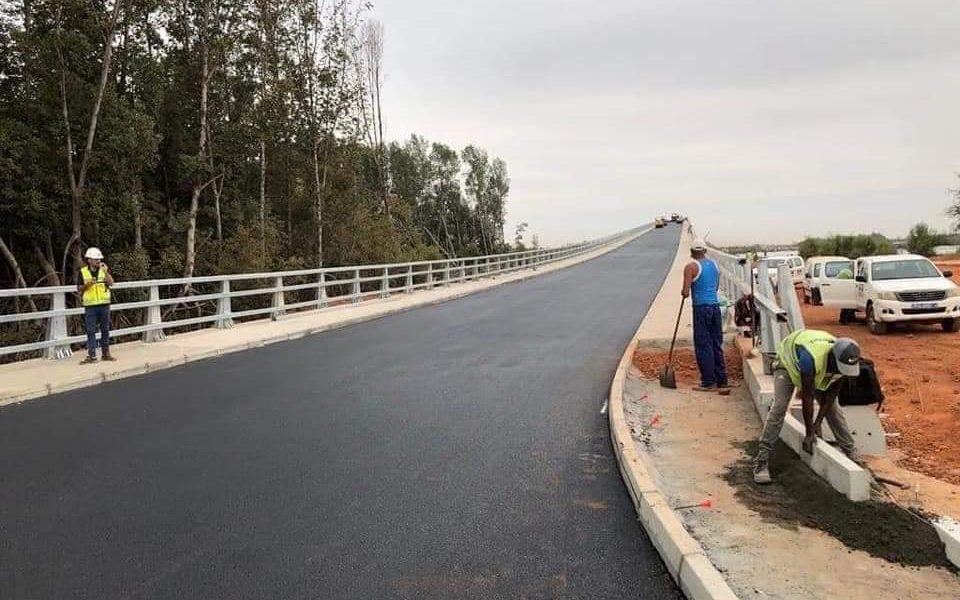 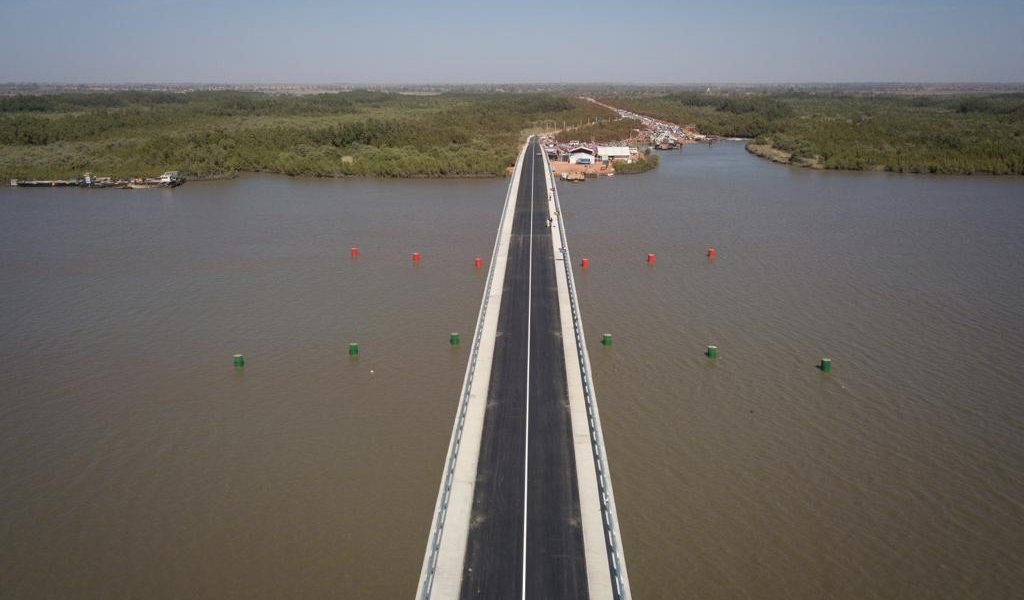 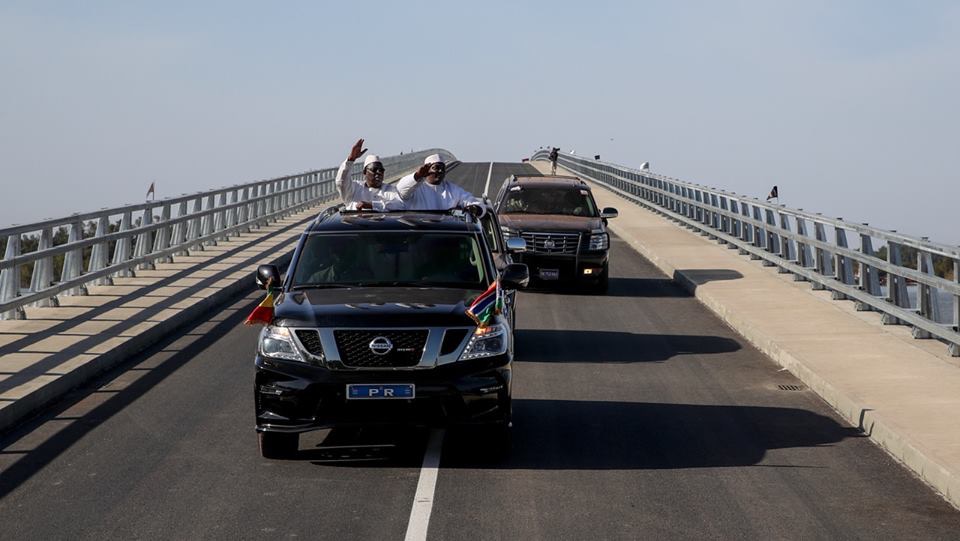 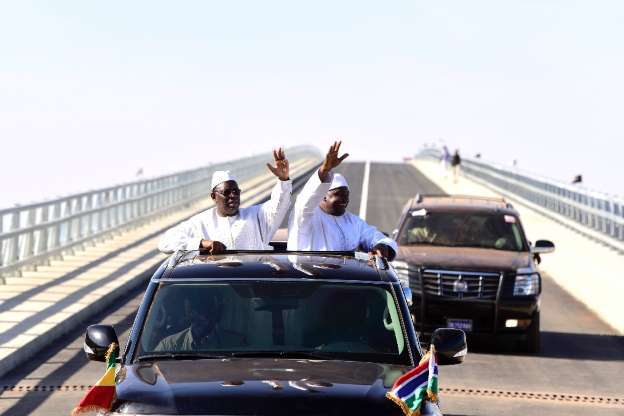 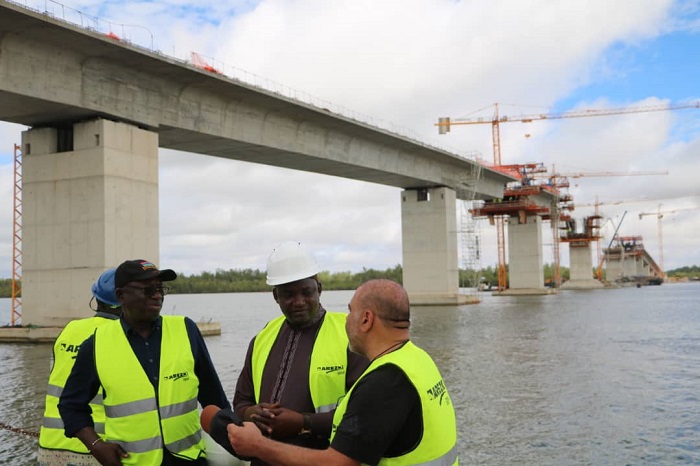 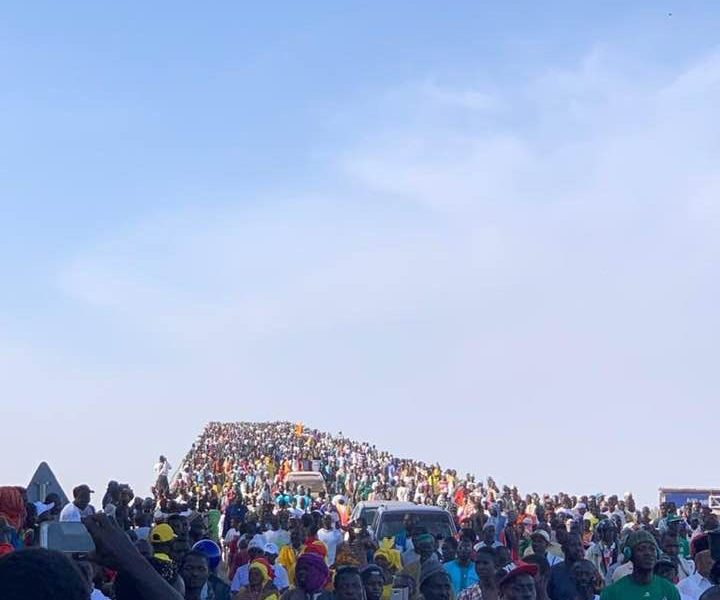 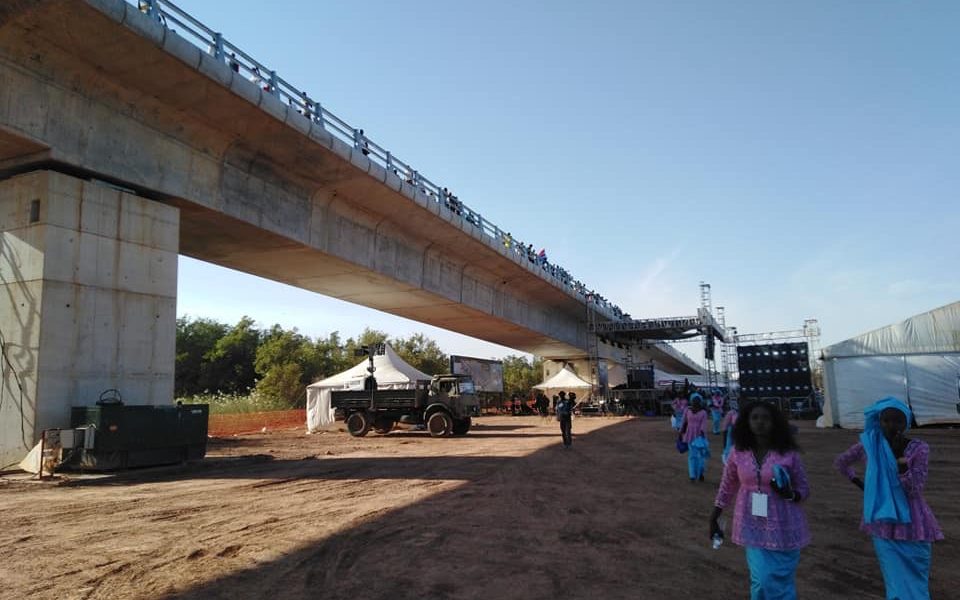 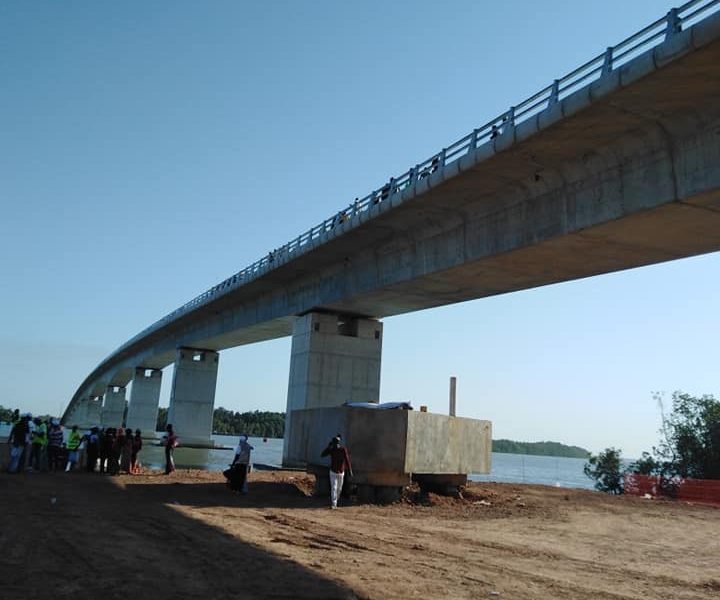 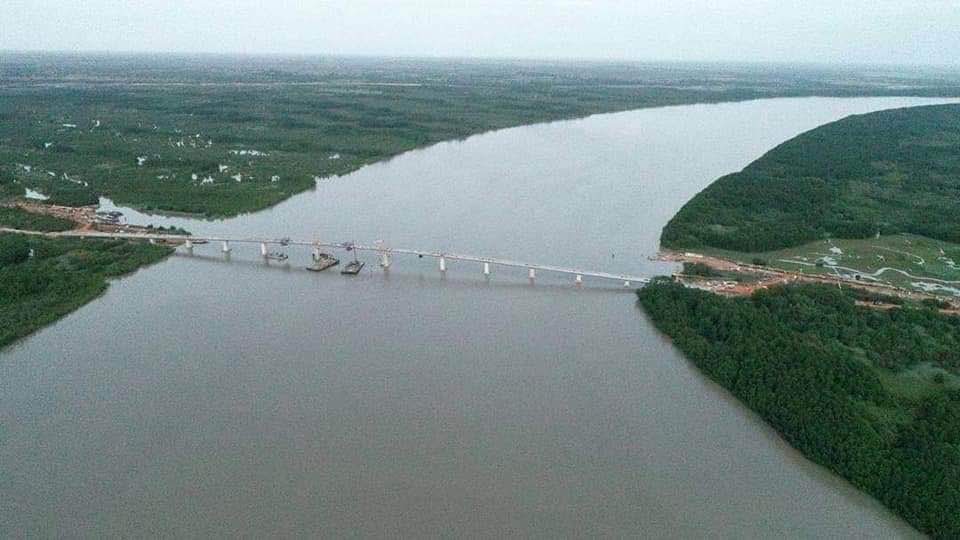 The project has a strategic focus of alleviating the constraints which impair the realization of the full potential of the Trans-Gambia Corridor, an important link in the Trans-West Africa, Dakar-Lagos Corridor. The project is designed to eliminate physical barriers and reduce non-physical impairments. To achieve these goals, the Trans-Gambia Bridge will be constructed across the Gambia River and Cross Border Improvement interventions undertaken along the corridor and at the international border crossings along the corridor.

Mitigating measures have been built into the project to address any negative impacts the project might have on the environment of the project influence zone (PIZ) as well as measures to palliate adverse social impacts on the affected persons due to loss of farmland for the farmers, loss of business for the traders at the ferry landings sites or loss of employment for the ferry service personnel. Compensation packages and/or resettlement plans are included in the project for these groups.

One component of the project provides for the construction of feeder roads to link the agricultural production areas to the main transport corridor and markets. This component also includes the construction of a market on either bank of the river to resettle the traders from present ferry landing sites.

A component – HIV/Aids, Gender and Road Safety Awareness Campaign, will undertake a sensitization campaign within the PIZ to create awareness of the thematic issues of the component.

The project also includes a capacity building component through a technical assistance to the National Roads Authority who will be responsible for the execution of the project.

The key elements of the various project components are described below;
Bridge and Toll Facilities

Crossing the Gambia River by ferry constitutes the main impediment to the Tans-Gambia corridor in achieving its full potential. This constraint has hindered, the socio-economic development of communities along the corridor. The crossing grossly limits traffic flow thus being a major draw-back on transit of goods and persons and limiting trade and integration within the Senegambia space and beyond.

The endeavour to establish a reliable crossing over the River Gambia has been on-going for more than three decades and the African Development Bank has been involved in the development of this transport corridor for most of this period.

The bridge will be built to replace the current ferry service at the Yellitenda/Bambatenda crossing. The Trans-Gambia Corridor is a well-established transport route that has attracted investments in infrastructure and trade over the years. The adopted location has the benefit of preserving and expanding on these investments.

One of the most important requirements on the bridge design is to preserve the navigability of the Gambia River. The Gambia River is navigable all year round and river transport flourished in the past specifically during the times when the production and export of groundnuts was in high demand. The bridge design preserves this potential. Consultations with the Gambia Port Authority confirmed that a 70 m wide navigation channel and the 16.5m air-draught afforded by the bridge is sufficient for the current and future needs for navigation on the river.

In the context of road user charges, the bridge will be tolled to generate revenue for the Road Fund managed by the NRA to supplement other dedicated sources of funds such as the fuel levy. In this context and given the fact that road users are currently paying for the crossing of the river by ferry it makes sense to toll the bridge to consolidate the user pay principle. These funds will be used for the maintenance of the bridge and other transport infrastructure.
Construction Two Joint Border Posts

In line with the ECOWAS goal for trade and transport facilitation, two joint border posts will be constructed at Keur Ayib / Keur Ali on the north border and Missera/Senoba in the south. Upon construction, the JBPs will operate in accordance with ECOWAS rules and protocols. A Joint Technical Committee (JTC) including relevant institutions from The Gambia and Senegal and a representative from ECOWAS has been formed to monitor this component of the project. The border posts will be designed and operated in accordance with the ECOWAS Supplementary Act for the establishment and implementation of Joint Border Posts between Member StatesConstruction Feeder Roads and Markets

The Trans-Gambia traverses a rural area characterized by the predominance of agriculture. The project could improve its positive impact towards the rural communities by improving the connectivity of the highway with its surroundings. It is accepted that rural roads improve rural livelihoods by facilitating access to markets and to other services. Agriculture products must be transported to the Trans-Gambia Highway and then loaded onto trucks for distribution within the country and beyond. In this context, the construction of feeder roads connecting the surrounding rural areas to the Trans-Gambia highway adds great value to the project.

In mitigation for the loss of business for the traders at the ferry landing sites resulting from the construction of the bridge, two markets will be constructed, one on either bank of the river, for resettlement of the affected traders. This will be done in close collaboration with the local government authorities and the affected traders.
2.4 Capacity Building Component

The NRA is required to manage the implementation of the project and administer the consultant and contractor contracts and will eventually be responsible for the management of the bridge after completion. In recognition of the capacity deficit within the NRA, the project design included a Capacity Building Component. The consulting firm iMC Worldwide of the UK was engaged for a three year contract to assist the NRA in the implementation of the project and to bring overseas experts in various construction and infrastructure maintenance specialties to carry out in-country training for NRA staff. The capacity building component lays emphasis on bridge maintenance with a view to establish a core team to manage the maintenance of all bridges in the country.

The Technical Assistance contract included a resident Technical Assistant in the person of Mr. Allan Machray, an engineer of many years’ experience who helps the NRA in the routine of managing the project and other non-project issues in which the young team in NRA requires guidance. The resident TA is also responsible for coordinating the schedules of the visiting experts. The iMC Worldwide intervention commenced on signature of their contract in September 2013 and ended in September 2016.
2.5 Environment and Social Component

The Environmental Impact Assessment was included in the project studies. The Environmental and Social Management Plan (ESMP) will address all issues identified and mitigation measures required during and after implementation of the projects. Measures required from the Contractor during the construction period are part of the works specifications and thus have been priced in the cost of civil works. Specific measures aimed at rehabilitating the natural environment, resettlement and restoration, road safety, population and workers’ health will be part of the ESMP. The restoration of the mangrove ecosystem will make use of an integrated and participatory approach involving local communities. Works will include restoration of degraded areas of mangrove by replanting.

The Abbreviated Resettlement Action Plan (ARAP) addressed all issues relating to loss of land, property or income. In keeping with this undertaking, compensation for about 2 ha of rice fields has been paid to farmers. There is also a provision for paying compensation to established traders at the ferry terminals and to the ferry staff who may lose their jobs upon decommissioning of the ferry service on completion of the project.

As detailed in the ARAP, the established traders at the ferry crossing will receive monetary compensation and will have the opportunity to relocate to one of the new markets in Farafenni and Soma.

Awareness campaigns on health and the prevention of transmissible diseases will target communities within PIZ, constructions workers and travelers along the corridor. These programs will run during the construction phase of the project and the campaign has been contracted to a specialized NGO.

The National Roads Authority, in collaboration with the National Environment Agency, will monitor the implementation of the environmental component of the project assisted by the supervising engineers.